A stiffer northeasterly breeze had become a feature overnight and remained so throughout the day, funneling most passage along the West Cliffs where Meadow Pipits were passing at 200 an hour at times along with a steady passage of alba wagtails, hirundines and finches; the spring's first Yellow Wagtail, 2 Snipe and a Siskin were all added bonuses overhead. It was much quieter on the ground where a Pied Flycatcher and Reed Bunting - both also firsts for the year - and a Firecrest were the pick amongst a thin spread of Wheatears, Blackcaps and phylloscs. Gannets again made up the bulk of the numbers offshore where the Glaucous Gull lingered off the Bill all day and a much reduced passage of migrants included 5 Red-throated Divers, 3 Mediterranean Gulls and 2 Sandwich Terns.
The first Pied Flycatcher of the year - always a pleasure to see and a little earlier than average: the first dates in the last decade have ranged between 31st March and 16th April © Martin Cade: 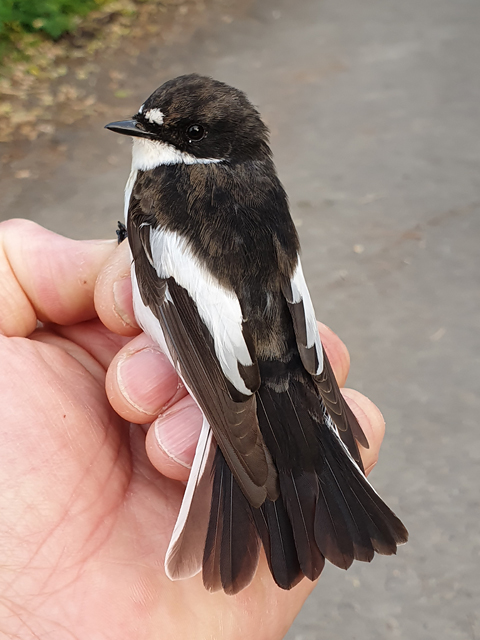 The Glaucous Gull passed back and forth off the Bill several times during the day © Pete Saunders: 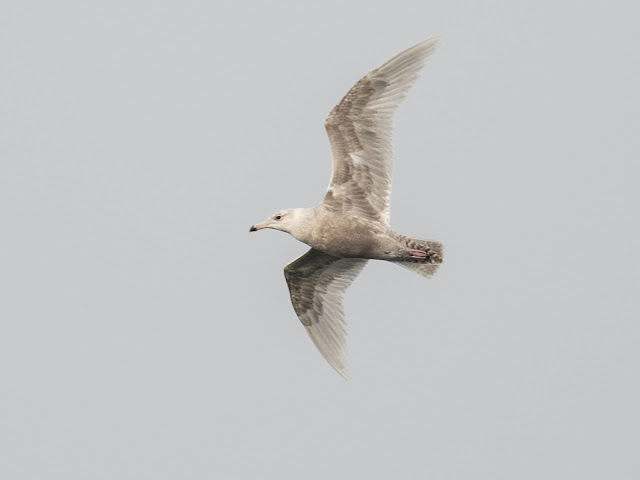 Now that there's a little more fieldwork taking place we've begun to receive a few comments on apparent numbers of resident breeders. Two that thus far look to be a tad depleted are Kestrel and Skylark and it's difficult to see beyond apportioning significant blame on the ever increasing horsey-culture at the Bill - just lately a large chunk of the valley below Wallsend (home of several pairs of Skylarks as well as being a favoured feeding spot for Kestrels and the wintering Short-eared Owls) has been fenced for use as yet another horse paddock © Pete Saunders (Kestrel and Roy Norris (Skylark): 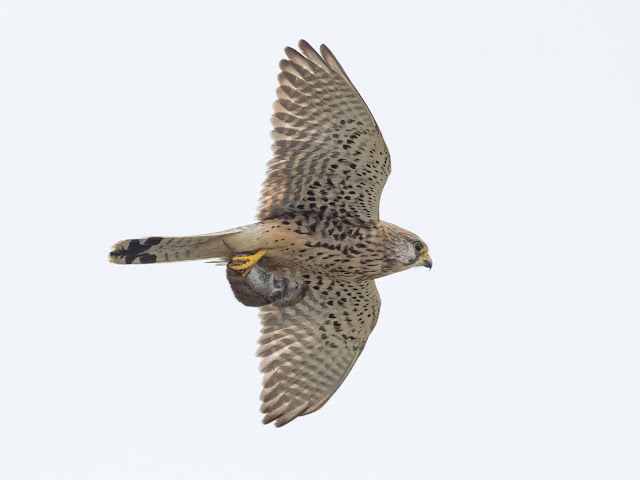 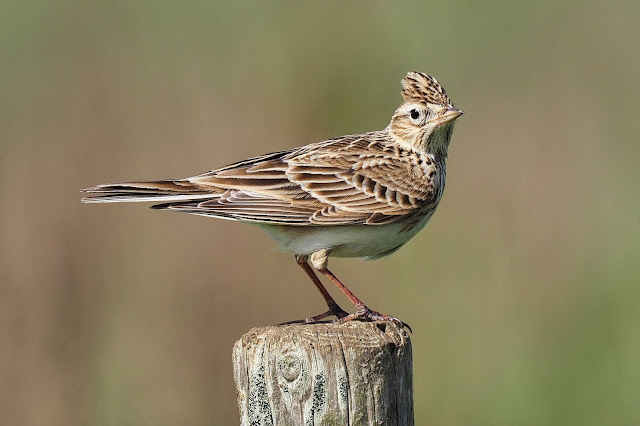 On the plus side, it's good to see Little Owls back in residence in the Obs Quarry, after presumably getting ousted from the QinetiQ compound (where they've bred for the last couple of years) by building maintenance taking place over there © Ian Gill (top) and Roy Norris (bottom): 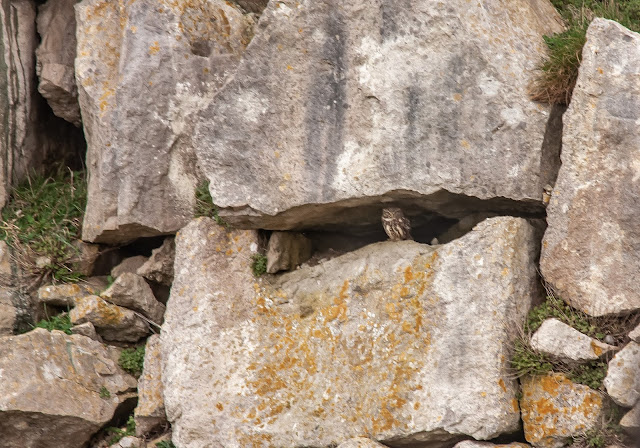 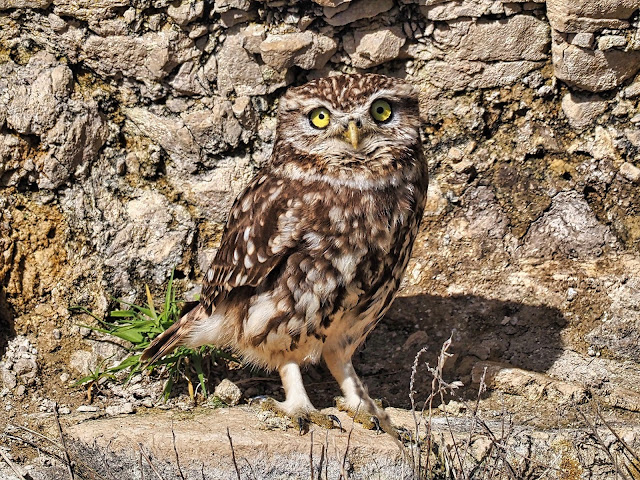