For the most part a rather uneventful day salvaged only by a Glaucous Gull lingering offshore between Chesil and the Bill, and a Velvet Scoter through off the Bill. Grounded migrants were few and far between, whilst overhead passage was a little more conspicuous but entirely routine in its composition. The gull and scoter aside, the sea came up with 4 Arctic Skuas (3 off Chesil and a single off the Bill), a Yellow-legged Gull and a steady up-Channel movement of more than 300 Gannets.
A mobile phone record shot of the Glaucous Gull bobbing around beside a fishing boat on the Shambles Bank this afternoon © Nick Stantiford: 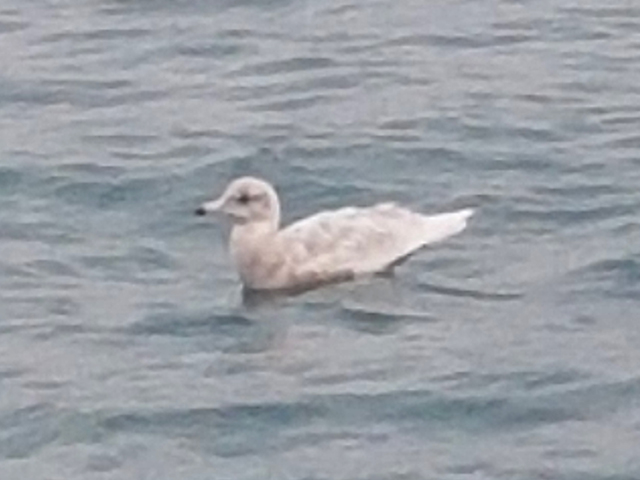 Sea Eagles, Red Kites, Great Bustards, White Storks, Beavers...the litany of releases into the countryside gets longer by the year. Portland's alien chuck-out of choice has long been the gamebird, with any number of partridges and exotic pheasants liberated in tandem with successive releases of Common Pheasants - quite by whom and why has always been a mystery to us and, Common Pheasant aside, has been singularly unsuccessful if the point has been to establish feral populations of these curiosities. In fact, the evidence would suggest that for the individual birds release looks tantamount to a death sentence since few get seen for more than a day or two. Today's California Quail at Avalanche Road - a new species for the island alien list - looked great and sounded really interesting if nothing else but we don't rate its chances when Freddy Fox comes sniffing around tonight. © Mark Eggleton (stills) & Martin Cade (video) 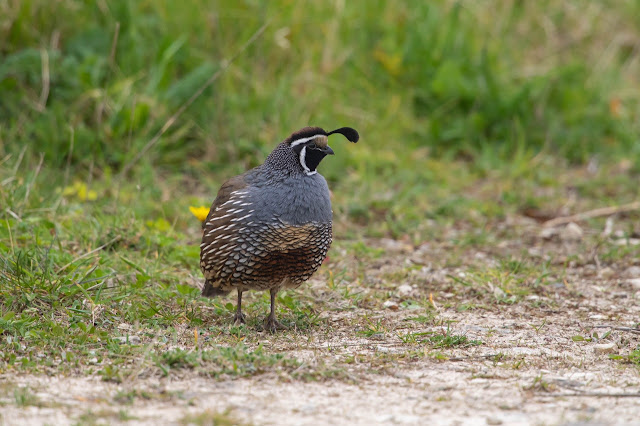 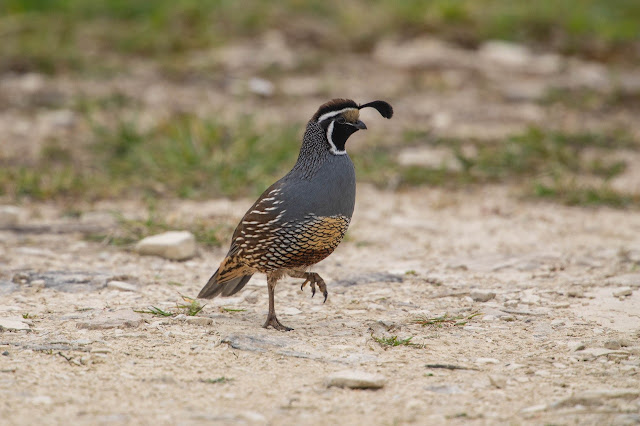