Weather-wise, today lived up to expectations, even if those expectations for a clear blue sky and unbroken sunshine weren't what was required for a fall of migrants. The numbers were all overhead and, to a lesser extent, on the sea whilst the land was relatively barren, with no more than the lightest scatter of seasonable grounded migrants. Dawn had barely broken before visible passage got into full spring with a steady flow of Meadow Pipits and Linnets in particular arriving over the Bill: sample counts showed that each totalled well into four figures even if better accuracy wasn't possible on a day when the movement was occurring over a really broad front; the list of lower totals encompassed all that might have been expected - including the season's first Tree Pipit over Easton and Siskin over Chesil - although hirundines were conspicuously fewer than had been the case yesterday. The sea was well watched, with Chesil and the Bill returning similar-ish totals of up towards 200 Common Scoter, 50 Sandwich Terns and a dozen Red-throated Divers apiece; as usual, the variety at the two watchpoints was not at all similar: Chesil chipped in with 14 Teal, 9 Shoveler, 4 Shelducks and a Gadwall, whilst the Bill's contribution included 5 Little Gulls, 2 Gadwall, 2 Arctic Skuas, 2 commic terns, a Pintail and a Whimbrel.
Two Red Admirals - the island's first since an isolated single in early February - were on the wing at the Bill.
Maybe a bit under-rated? - spring male White Wagtails are such crisp, smart looking birds © Martin Cade: 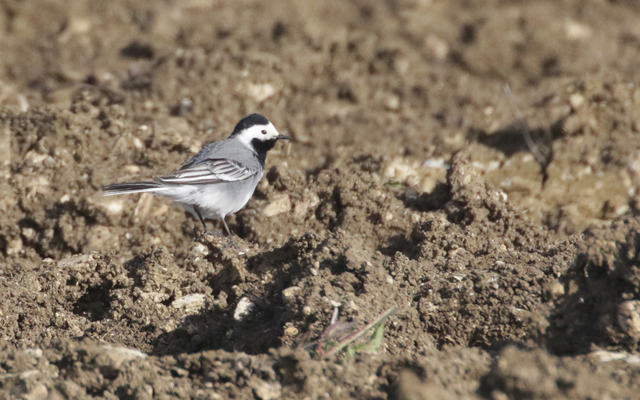 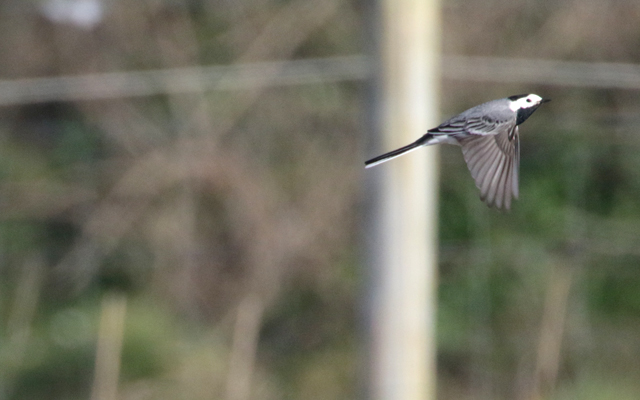