A chill wind didn't do much for numbers but some quality more than salvaged the day, with a Red-rumped Swallow lingering for a while over Barleycrates Lane/Weston Street the stand-out highlight. The same area was favoured for scarce migrants, hosting at least 3 Ring Ouzels, 2 Black Redstarts and 2 Redstarts; elsewhere, a Firecrest at the Bill, a Pied Flycatcher at Southwell and a Fieldfare at Verne Common provided further interest. Common migrants - mainly Blackcaps, Chiffchaffs and Willow Warblers - were filtering through in fair numbers on the ground but, despite the clear sky and brisk northeasterly, visible passage was a disappointing non-event. A steady passage of small flocks of Common Scoter fell just short of a three figure total off the Bill, where 14 Eider, 4 Red-throated Divers, a Great Northern Diver and a Mallard were the best of the rest.

Speckled Wood and Large White were on the wing for the first time this year. 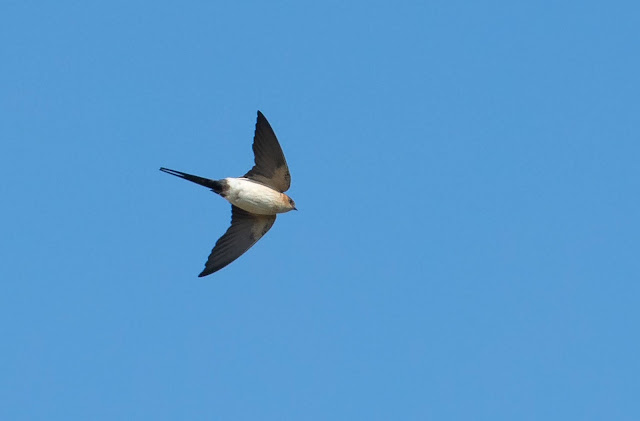 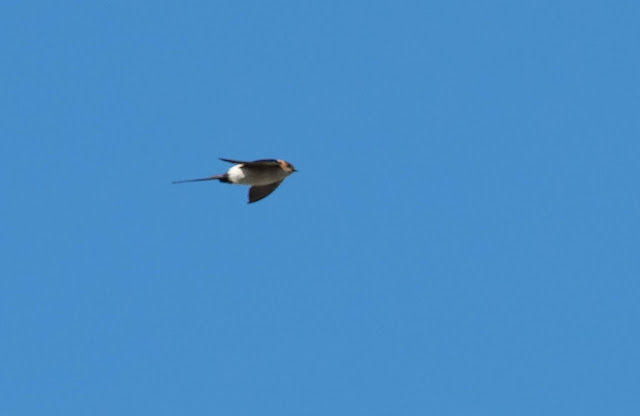 One of the Barleycrates Ring Ouzels © Andy Luckhurst: 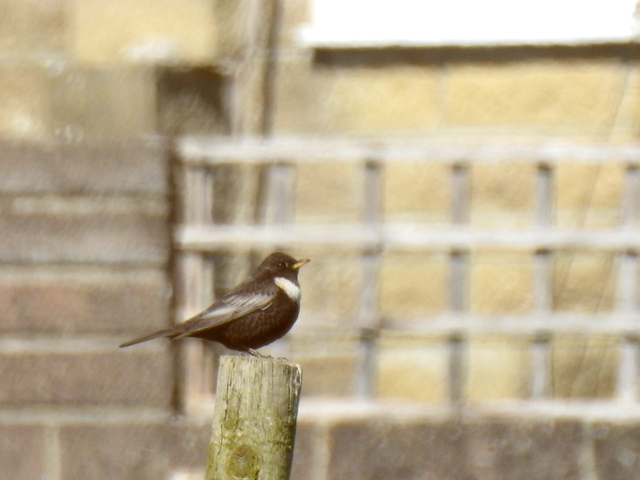 One of three flocks of Eider that passed the Bill during the morning © Keith Pritchard: 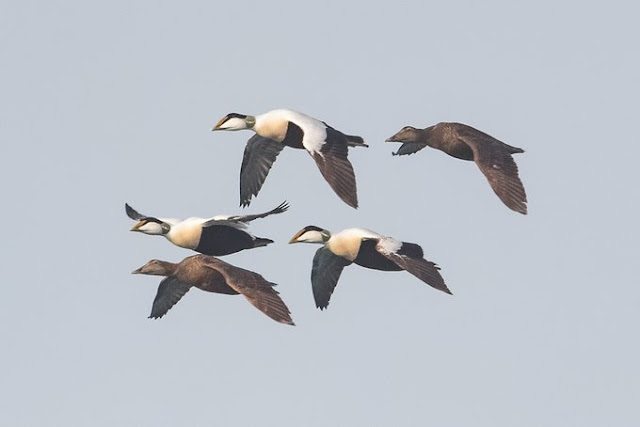