A similar start to yesterday with areas of the garden erupting into Willow Warbler song and furtive Blackcaps scrambling between Blackthorn bushes. The Bill area also saw the lingering singing Black Redstart and two high-flying Tree Pipits among others. However, it was Barleycrates Lane that provided the quality with the first Grasshopper Warbler and Garden Warbler of the year, the remaining three Ring Ouzels plus a supporting cast of Yellow Wagtail, Redstart and Common Whitethroat. Elsewhere, a total of 11 Buzzards over Easton represented a year peak and surely involved a good few non-local individuals. With the wind dropping down to a gentle, if chilling, breeze it was inevitable that the sea would be quieter with the beginnings of Pale-bellied Brent Goose movement - 16 through off the Bill - the best of the bunch along with: 140 Common Scoter, 22 Red-throated Divers, two Manx Shearwaters and a lone Puffin of note. The evening sea-watch provided an extra bit of excitement with an Osprey coming in low off the sea before reaching the cliffs and heading up high towards the mainland. 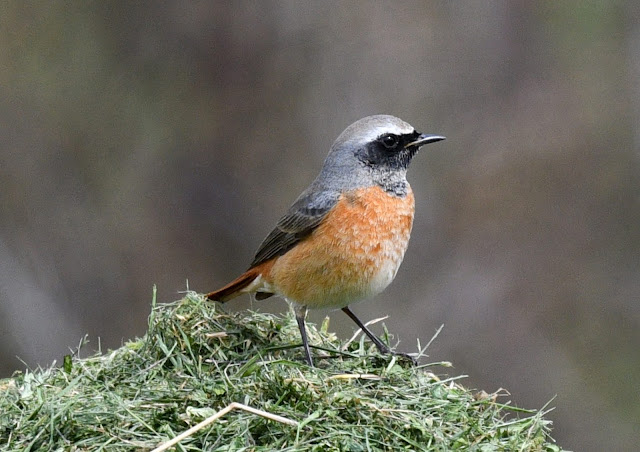 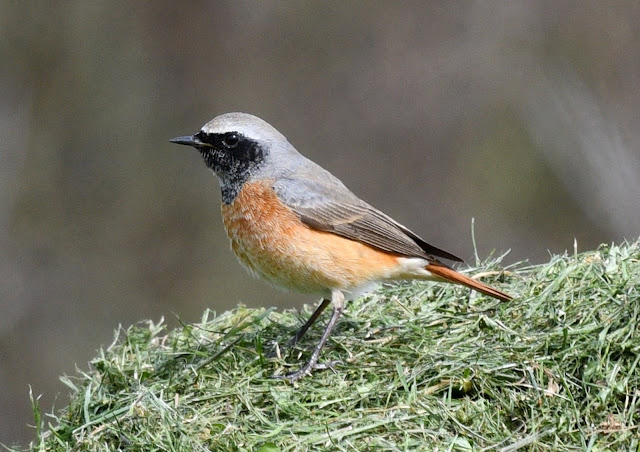 The resident Southwell Long-tailed Tits have been feeding furiously in the gardens - surely there must be a breeding attempt close-by which would constitute our most southerly record © Nick Stantiford: 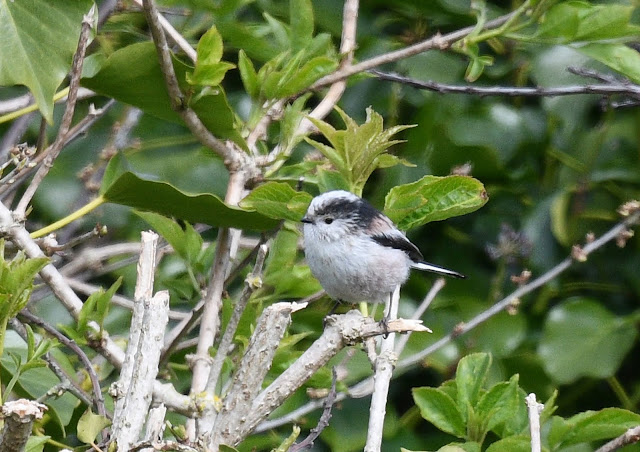 The Osprey was a very late in the day arrival that was watched powering in from the south inches off the sea before attracting the attention of the local gulls that forced it higher off West Cliffs © Martin Cade: 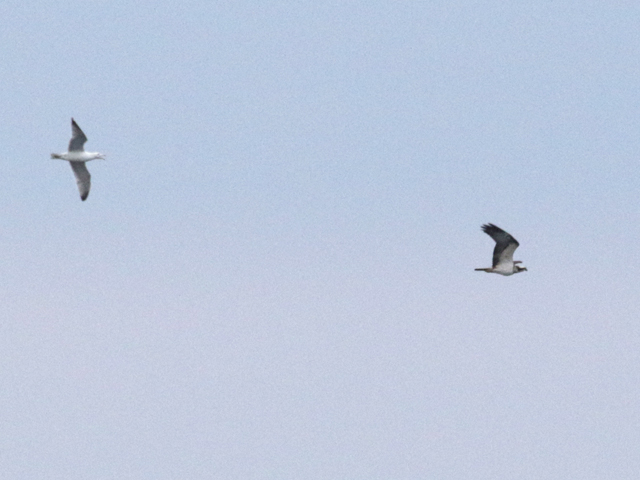