A return to form today with slightly milder conditions coming up some numbers on both land and sea. Variety was far off what can or even ought be on the cards by this stage of the spring but after a barren spell an arrival  that included 100 Willow Warbler at the Bill was very welcome; Swallows were also arriving in half decent numbers, whilst odds and ends of scarcer fare dotted about the island included 2 Ring Ouzels, 2 Pied Flycatchers and singles of Merlin, Yellow Wagtail, Black Redstart and Reed Bunting. The sea also fell short variety-wise but some steady passage routine passage included c800 Gannets, 229 Common Scoter, 20 Red-throated Divers, 27 Sandwich Terns and an Arctic Skua.
The Pied Flycatcher at Portland Castle was an interesting individual: Debby's nice settled portrait shows a pretty standard-looking first-summer male... 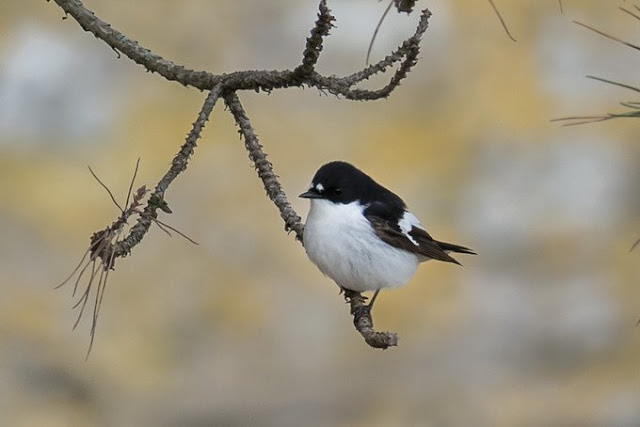 ...but Pete's flight photos reveal the true extent of the white across the primary bases that clearly extends out to primary 4, with even a ghosting of white on primary 3  (...it's rather clearer on the higher resolution photos we have in front of us than on these downsized versions). There doesn't look to be anything else untoward about the bird's plumage to suggest it's anything other than 'just' a Pied Flycatcher with an exceptional extent of white in this area © Debby and Pete Saunders. 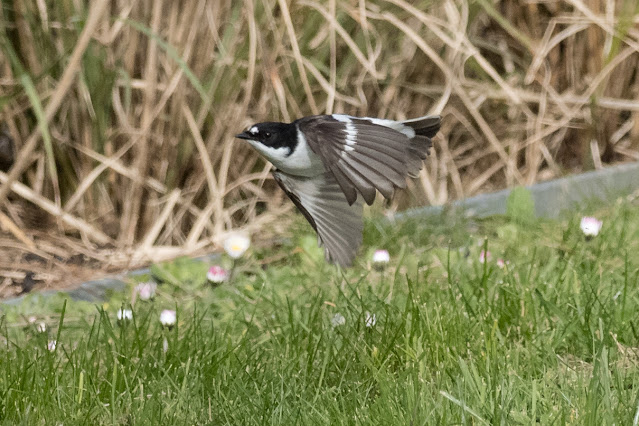 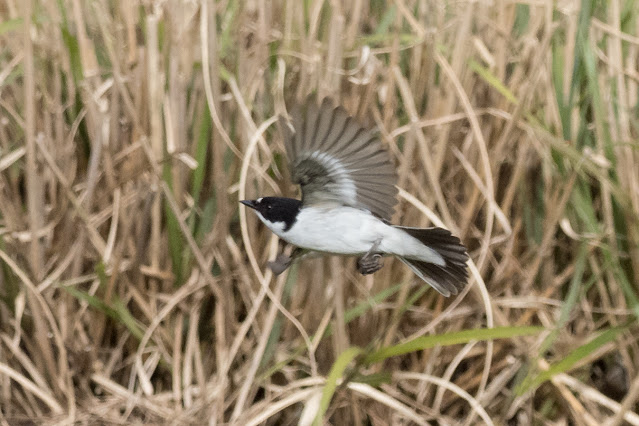 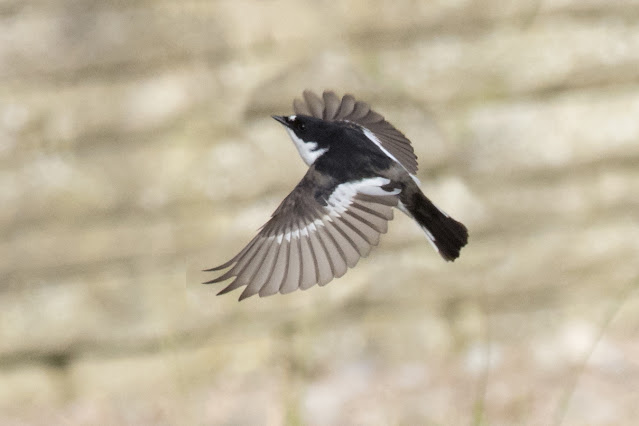