With the northerly wind picking up overnight, the morning brought with it a distinct chill and a noticeable reduction in migrants. We can't complain too much however: the Wryneck remained in the Obs Quarry switching between utterly furtive and surprisingly obliging; the early morning saw a Ring Ouzel pass by the Obs Garden, whilst the middle of the island continued its 'chat-fest' with three Whinchats, and singles of Black and Common Redstart, along with at least four more Ouzels. Four Whimbrel were amongst the few waders at Ferrybridge. Overhead passage was limited but included seven Yellow Wagtails. Sea passage never really gained much momentum, with two Arctic Skuas, a Gadwall and a Great Skua through off Chesil and two different Arctic Skuas and likely the same Great Skua off the Bill. 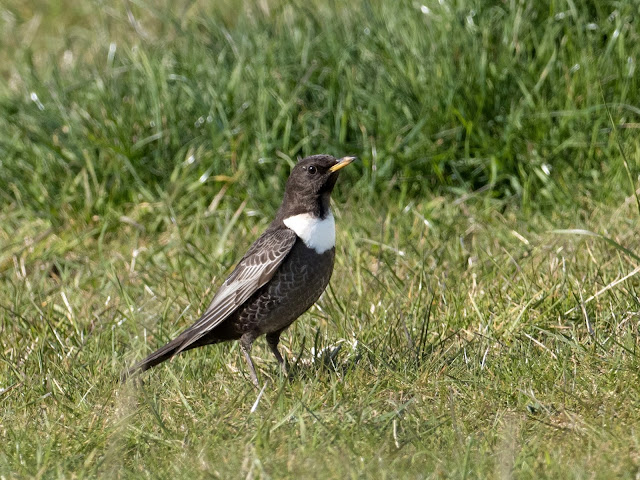 There's nothing like the laughter of Whimbrels to remind you of a good spring morning © Debby Saunders: 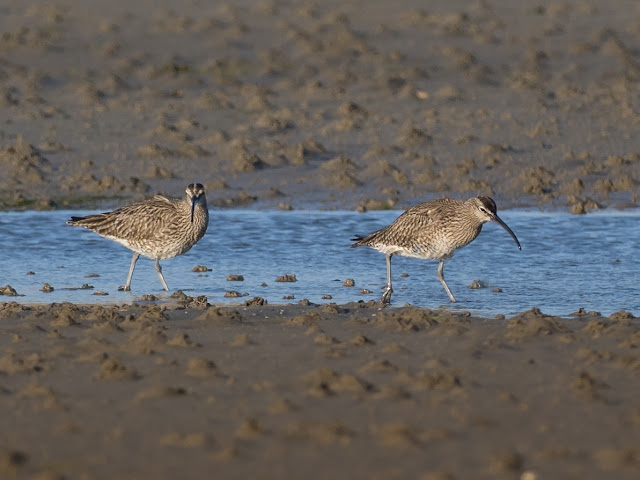 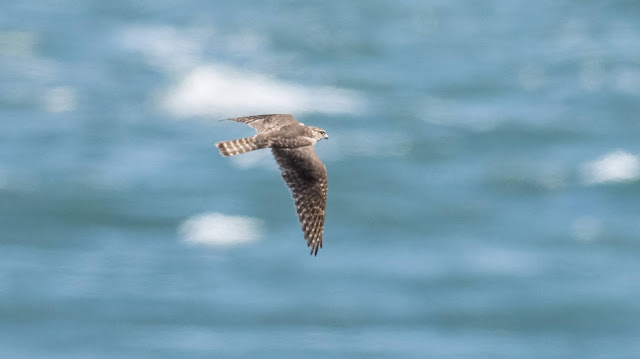