The highlight of today's birding was the (presumed) reappearance of yesterday's Glaucous Gull at the Bill Common, although yet again it made an all too brief appearance before flying off towards the West Cliffs. Other birds logged around the Bill included 3 Turnstones, 2 Purple Sandpipers and 1 Black Redstart, with 2 Red-throated Divers seen heading west. Elsewhere, a Barnacle Goose as well as 4 Pale-bellied Brent Geese were seen at Ferrybridge, with an additional Black Redstart in the cove. 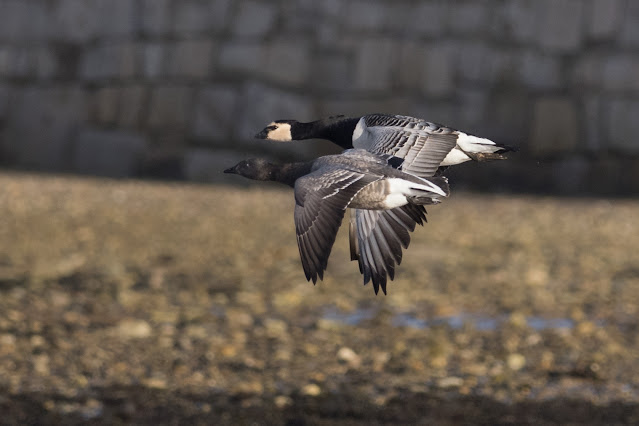 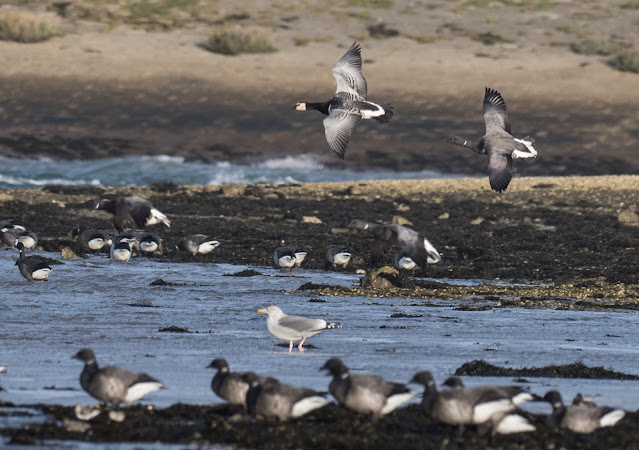 Glaucous Gull at the Bill Common, Portland, this morning - may well be the bird seen nearby yesterday. Less well advanced than the one recently / currently at Exeter. pic.twitter.com/FU9J5ZnPyu