Another clear start to the day, but this time with an obvious uptick in visible passage of Wood Pigeons, with up to 2,400 leaving the Bill during the early hours. Other birds logged on the ground included just 1 Black Redstart, the lingering Cetti's Warbler, a couple of Goldcrests and a single Blackcap taking a momentary interest in the rapidly deteriorating apples. The 2 juvenile Sabine's Gulls reported in the morning at Chesil Cove were later joined by a flock of Eider, which totaled 15 by late afternoon. A single Grey Phalarope and Black Redstart were also logged there in addition to 4 Pale-Bellied Brent Geese and 3 Bar-tailed Godwits at Ferrybridge.

The Juvenile Sabine's Gull was first seen over Ferrybridge before flying to Chesil Cove where it joined a second individual. Photographs show this bird to be different to the juvenile birds logged thus far © Pete Saunders 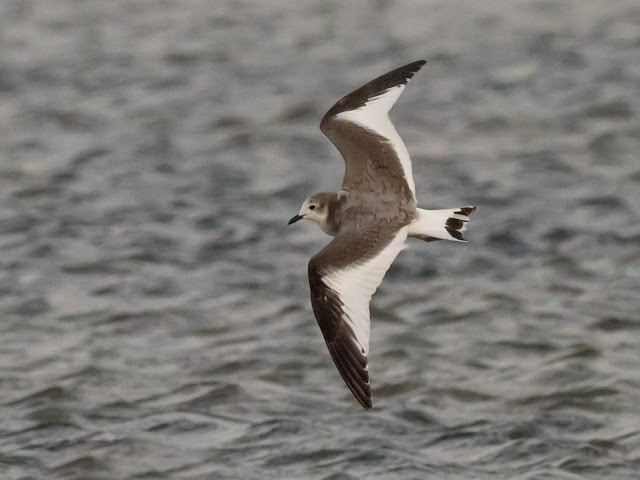 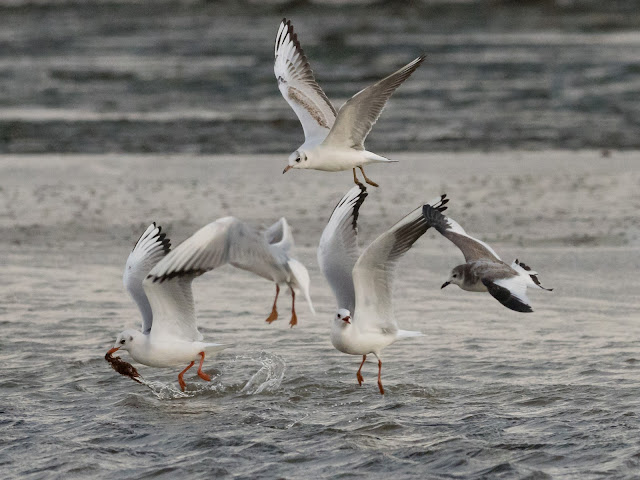