The migration tap's been barely more than dripping for a fortnight or more and today's chilly northwesterlies - that it had been hoped might drop improved numbers on the coast - failed to deliver much of an improvement. There were more new arrivals about but the numbers were far from a big deal for Portland in early April, with Willow Warbler just topping 50 at the Bill where they outnumbered Chiffchaffs for the first time this spring. Blackcap and Chiffchaff both chipped in lower totals, whilst the 25 Wheatears marked a small improvement in their fortunes; the 3 lingering Ring Ouzel at Barelycrates Lane provided by far the best of the quality. Swallows continued to trickle through overhead, whilst Red-throated Divers continued to dominate offshore with 34 more through off the Bill.
The Ring Ouzels have enabled a fair few visitors to salvage something from their first visit to the island this year © Pete Saunders: 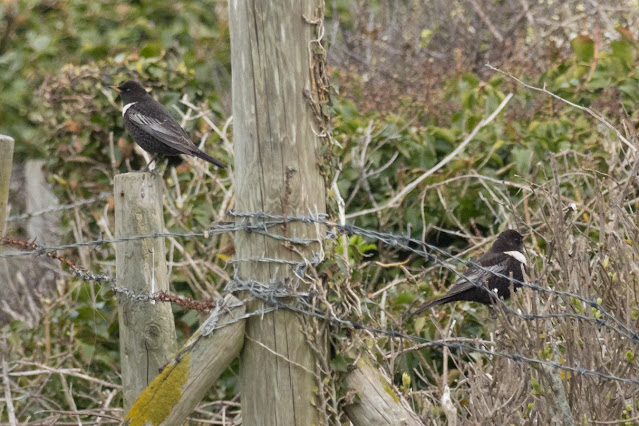 The possibly ailing Brent Goose is still lingering on at Ferrybridge © Pete Saunders: 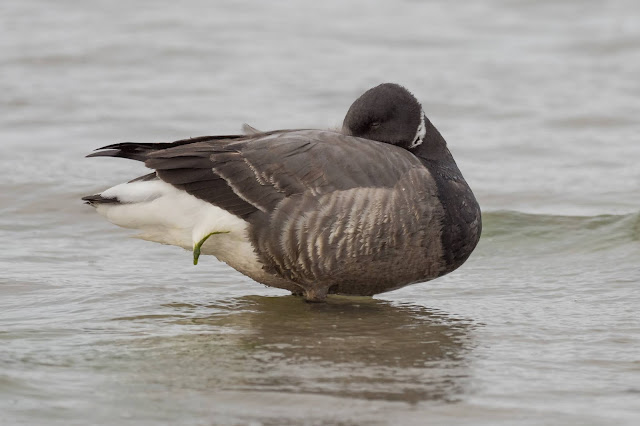 These Turnstones over Ferrybridge had all the look of passing migrants even if there's precious little other evidence of waders getting moving © Pete Saunders: