A day with plenty going on although it was all overhead or offshore - the land remained firmly in the doldrums with new arrivals on the ground few and far between. A strong movement of Wood Pigeons was already underway as dawn broke and set the scene for the day's migration happenings that were all skyward: the pigeon total eventually reached a respectable 12,500, with the varied vismig tally also including 650 Goldfinches, 200 Meadow Pipits, 200 Jackdaws, 130 Starlings, 125 Chaffinches, 60 Siskins, 11 Bramblings and 3 Merlins. The offshore happenings were less about movement and more about voracious feeding: the gatherings of gulls along East Cliffs and off the Bill that have been such a feature just lately continued and included both Black-headed Gulls and Mediterranean Gulls in their hundreds; these in turn attracted 2 Caspian Gulls and a Yellow-legged Gull, while 13 Balearic Shearwaters, a Red-throated Diver and a Great Skua passed by or lingered for periods. The Hen Harrier, at least 2 Short-eared Owls and the Black Redstart lingered at the Bill but, even allowing for the dreary sky and strength of the pretty chilly wind that made for uncomfortable birding, the bushes and other cover on the ground looked to be genuinely bereft of new arrivals. Finally, the Black Brant (or hybrid, depending on how minutely you wish to dissect its features) was again at Ferrybridge.

Wood Pigeons: mundane they might be in everyday life, but seeing the dawn sky full of them on active migration is enough of a spectacle to up their value quite considerably © Martin Cade: 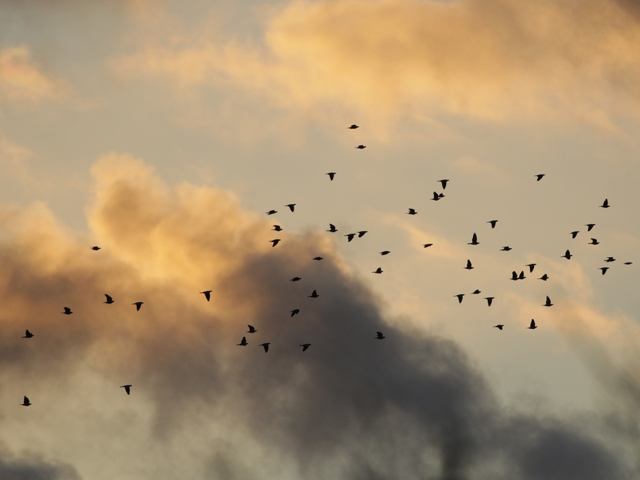 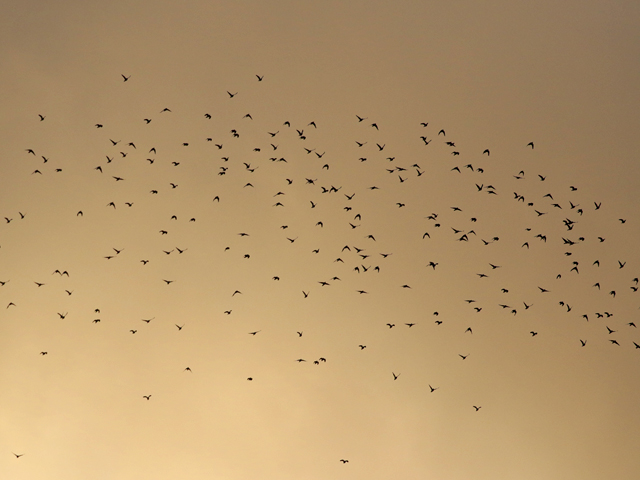 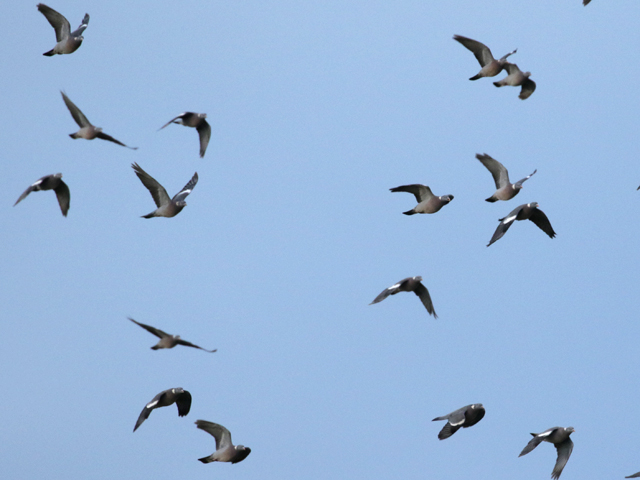 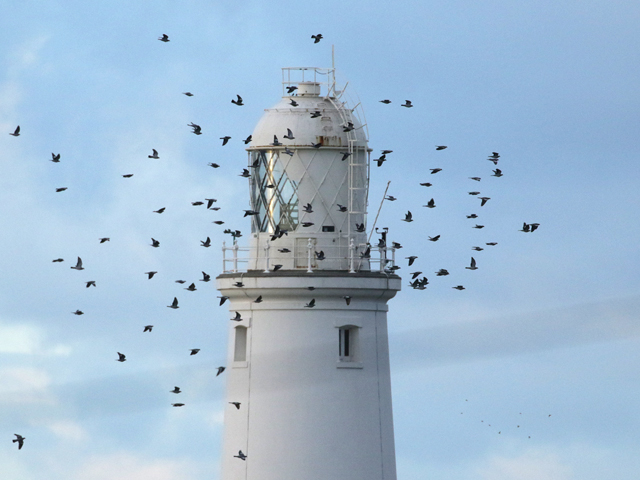 For a good part of the morning it was hard to know whether to concentrate on the sky or the sea for they both had so many competing attractions, with the latter chipping in with the likes of Gannets diving at point blank range and Balearic Shearwaters lurking on the periphery of the feeding flocks © Martin Cade: 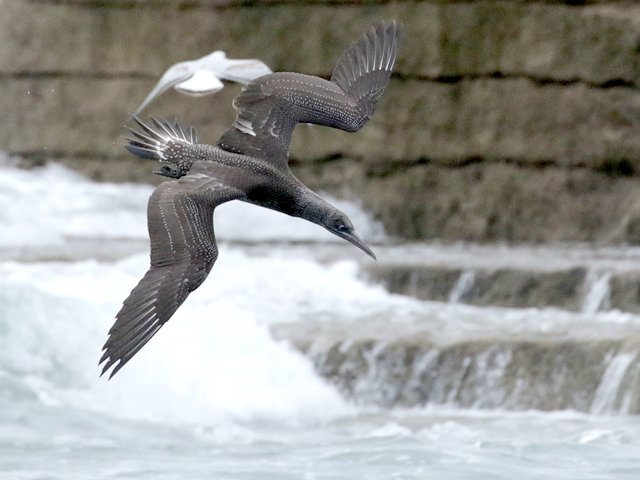 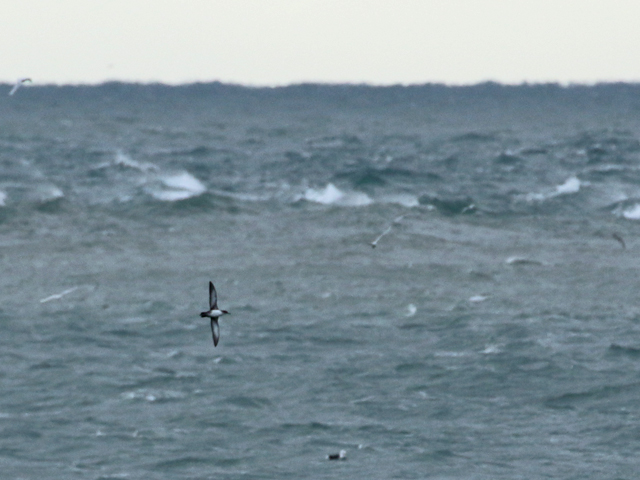 It was the gulls the provided all the numbers offshore. Although we'd been secretly hoping for something like a Bonaparte's Gull amongst all the Black-headed Gulls, this Caspian Gull was a nice compensation © Martin Cade... 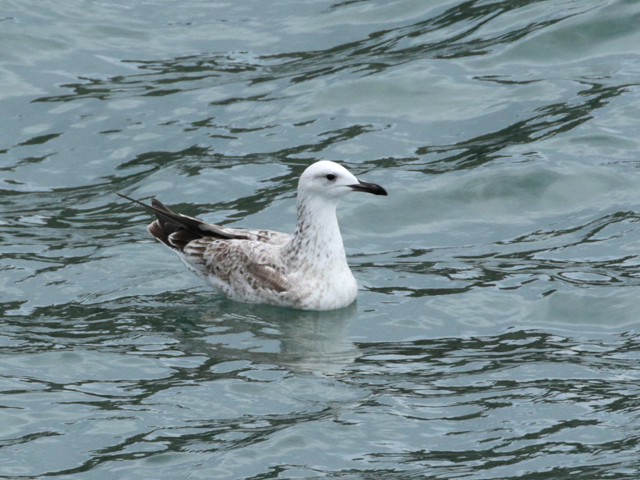 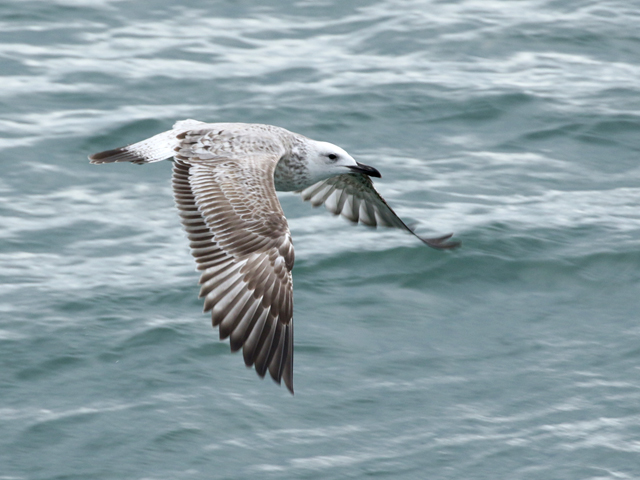 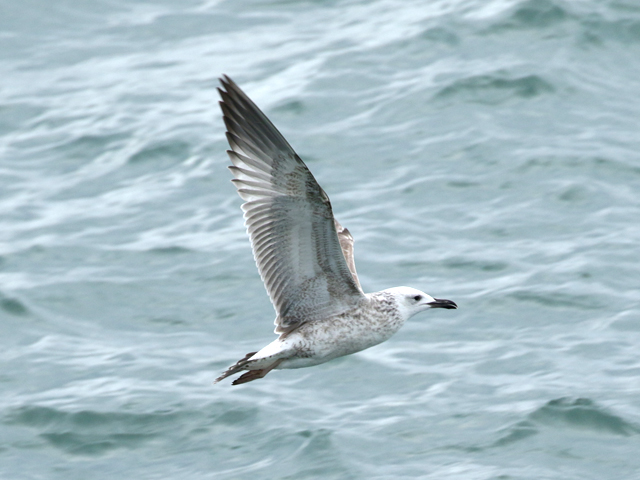 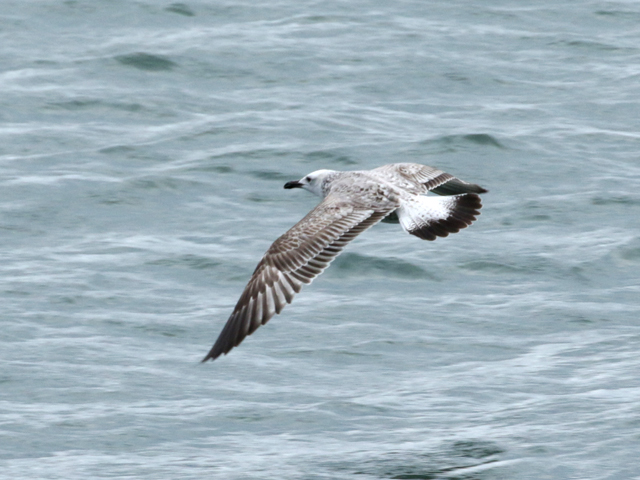 ...however, when we nipped down to have another look at it when it was found again late in the day we struggled to reconcile some of the plumage details with what we'd seen during the morning - a closer look at the photos after the event shows the reason for this is that they're two different individuals! © Joe Stockwell: 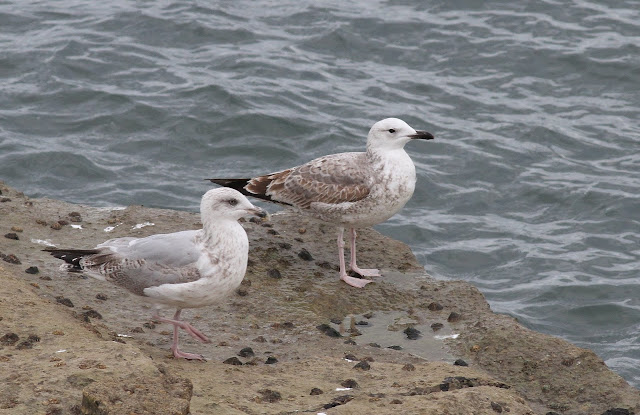 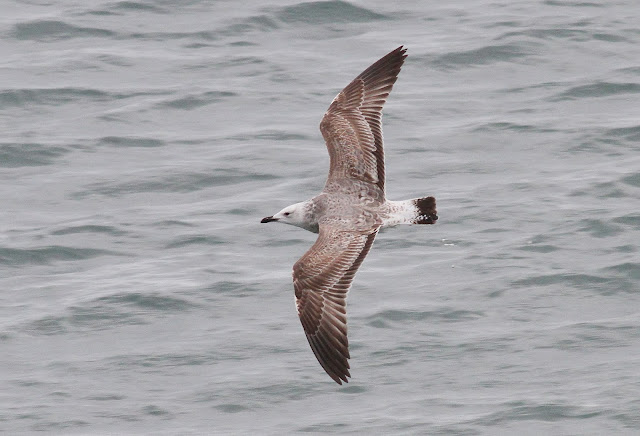 At a migration hotspot like PBO, visible migration can be good, but the land is busy or very quiet. Nets empty bar 3 birds, ,1 each of Cc,Chaffinch& Song Trish on 9 hrs. Empty nets the order of the day!!! pic.twitter.com/dm2Rtb79s0

The more I look this mornings goose... the more I think I've got better things to do with my time. It doesn't have a particularly large collar, but is complete, mantle very dark brown, like 85% cocoa choc, rear flanks surely white enough. Perhaps being mislead by overthinking! pic.twitter.com/e8ulwC7rez