Well, who'd have thought it? One little hurricane, one major rare: the dregs of Hurricane Gert didn't even look to have passed very near to Portland but in the balmy sunshine that followed a damp, foggy night it was discovered that they'd dumped a Yellow Warbler at Culverwell where it showed from time to time throughout the afternoon and evening. The rest of the day's sightings paled into insignificance and hadn't amounted to much anyway, with just dribs and drabs of routine fare at Bill - including 20 Wheatears, 15 Sedge Warblers, 10 Yellow Wagtails, a Lesser Whitethroat and a Spotted Flycatcher - and 2 slightly unseasonable Dark-bellied Brent Geese at Ferrybridge of note. The sea wasn't given as much attention as in recent days, with singles of Balearic Shearwater and Great Skua the best on offer off the Bill. 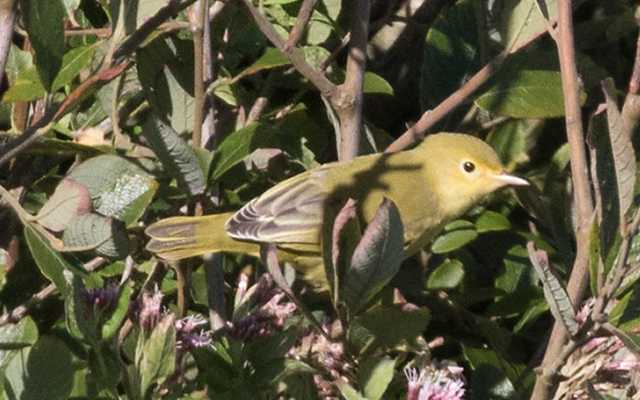 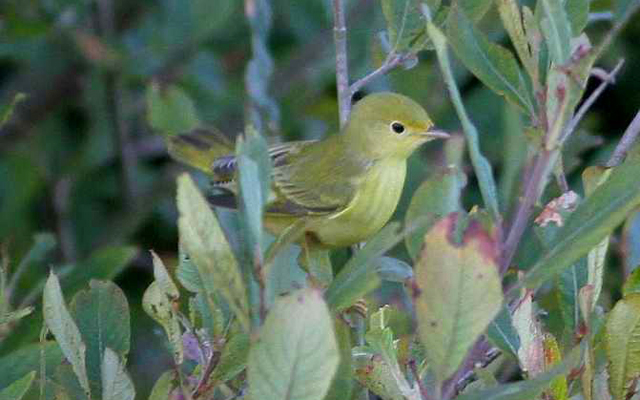 It was never especially vocal but having heard it calling from time to time when it really wasn't at all showy we briefly tried to entice it out with a sound-lure that elicited what amounted to a frenzied bout of calling in response (...although it still scarcely emerged from cover):

And a couple of crowd photos: the bird rarely left the dense sallows in front of and to the left of the mid-afternoon gathering... 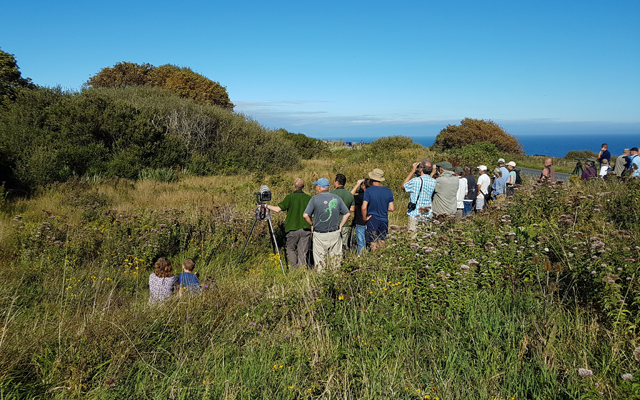 ...by dusk when we drove home the crowd had swelled and was spilling off the pavement: 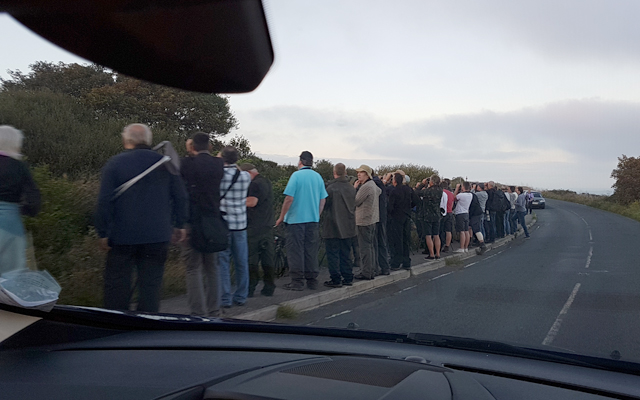